Cannabis CPA Firm in the U.S.!

CoAuthor of Write-Off$ to The Rescue (cannabis tax)

Nominated for the California Cannabis Awards!

Come visit The Canna CPAs’ Booth and / or watch our founder Sandy Suchoff CPA speak on 280E Tax & Accounting, including strategies on how to maximize your deductions and safeguard your deductions in an IRS Audit: 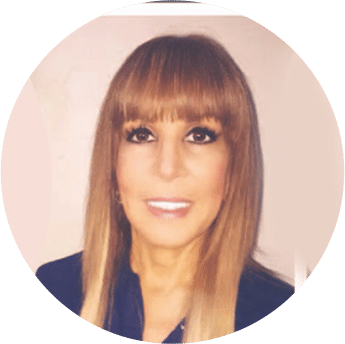 Sandy Suchoff CPA is an expert and renowned speaker and has been engaged for many speaking engagements across the country.

Speaking at the US Cannabis Conference & Expo in Miami August 25, 2018

She cites the usual complicators: 280E, the dearth of banking services

Sandy Suchoff’s initial interest in cannabis came when a family member had an immune deficiency condition. The treatments seemed almost as hazardous as the disease itself.

Medications came with lists of serious side effects and often conflicted with each other. But from what Suchoff read – and she read a lot – cannabis could do a world of good without threatening harm.

And a world of good it did.

“I felt very passionate about it as a cure for many diseases and health conditions,” she said, “and I decided to combine that appreciation with my livelihood and my love for accounting and tax.”

Yes, she really does love accounting and taxes. She’s the founder of The Canna CPAs and has been in the business for over 20 years. She’s a CPA who loves the busy season. She loves digging into tax forms and financial information. She contributed a chapter to a book titled “Write-off$ to the Rescue.” As an advisor on accounting under IRS Code 280E, she has appeared on MSNBC, Fox, Oklahoma PBS TV and a number of other broadcast media.

Sandy Suchoff doesn’t do accountancy. She is accountancy, and cannabis is her niche.

The juncture of accounting and cannabis

She’s also an advocate for cannabis. She travels around the country to speak about the juncture of accounting and the cannabis industry. Her firm, Lefstein-Suchoff CPA & Associates, LLC, has offices in several states, but they are mostly administrative outposts. With the use of an online portal and QuickBooks Desktop in the cloud, she can sit in her New Jersey office while taking care of clients across the nation. Her far-flung satellite offices are pieds-à-terre where she can meet with clients or stay in touch with the rest of her network while she’s advocating in the area.

Her advocacy isn’t for the use of cannabis per se but for its legitimization as a natural medicine or herb. Her firm isn’t dedicated exclusively to the cannabis industry, but that’s where most of its clients are.

It’s also where the money is.

Different from anything else

“Cannabis is a bit more lucrative because of the expertise that’s involved,” she said. “I personally have researched the Internal Revenue code for applicable tax law. I’ve researched court cases that set precedence in the cannabis industry. I teach about these things to both licensees and prospective licensees at cannabis expos nationwide. It requires a unique set of knowledge and experience. It is very different from anything else because of the tax code 280E.”

One of the biggest challenges for the industry, she said, is the dearth of banking services. Cannabis businesses often have to deal exclusively in cash and deal with all the risks that come with it. The accounting has to be meticulous.

“We have to account for every individual receipt,” she said. “It’s certainly tedious, and you have to be very careful because the statistical likelihood of getting audited is greater, predicated on 1) it’s illegal at the federal level, and 2) it’s a heavily cash-based industry, which makes it a target for an audit. Not having banking is one of the biggest challenges for these companies.”

Compliance is another major obstacle. The differences in taxation from state to state are relatively simple – just a matter of a sales tax and any special marijuana taxes. But compliance can get pretty complicated. Some states – Oklahoma, for example, which has over 9,000 licensed cannabis businesses, many of them small mom-n-pops – are a piece of cake, relatively speaking.

Others – looking at you, California – involve bureaucracies so dense that they almost seem designed to relegate the industry to large corporations or just keep it where it’s always been – underground, where things are in many ways simpler.

Love in a time of cannabis

Compliance is where the accounting and legal professions overlap. There, Suchoff said, “we inevitably get involved.”

As she ushers her clients toward legality – ushering them toward becoming C corporations rather than limited liability companies – she often works with their attorneys to keep everything legit. In fact, she’s gained so much knowledge of the legal side of the industry that she’s decided to become an attorney herself. She’s studying for the LSAT exam, and she expects to be in law school soon.

She hopes to become an attorney by the time marijuana is descheduled from the list of dangerous narcotics. Still, she’s not going to give up her real calling in life.

Connect With Us Choose us as your cannabis CPA!